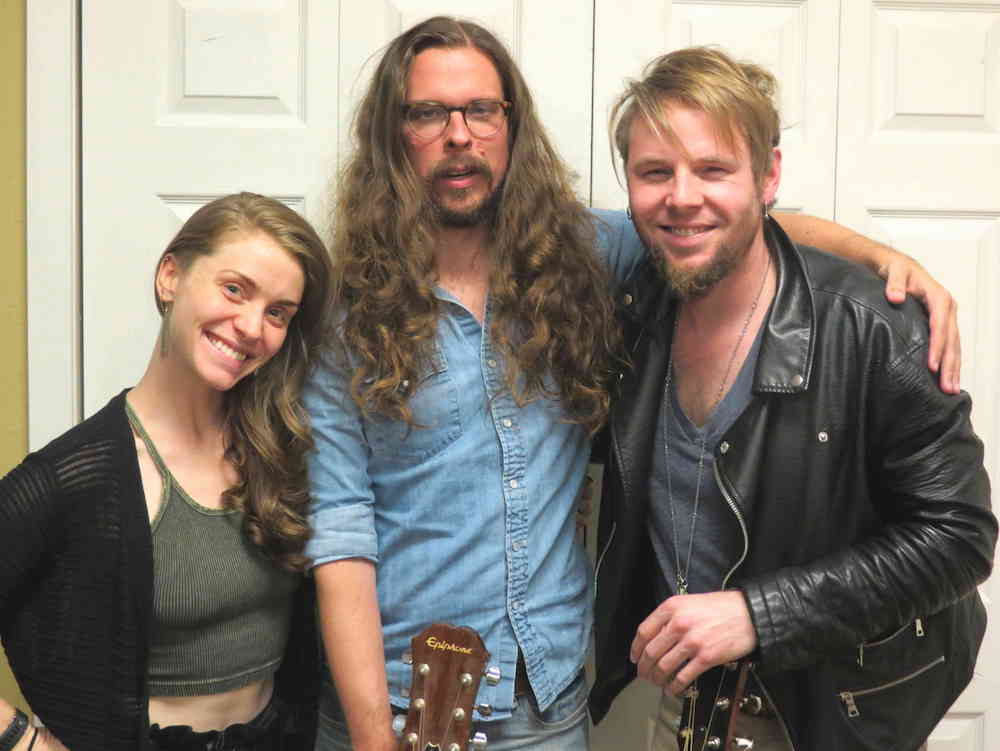 West Texas-born Sydney Wright has been writing songs for over a decade, and while her huge voice often gets her compared to pop darlings like Florence and the Machine and Sara Bareilles, there's a darker, more experimental edge to her work. Drawing heavily from hip-hop rhythms, with loops of piano, guitar, beatbox, and doo-wops, Wright creates a sonically complex, live-looping, one-woman show. Even listening to just one song off her new debut album, her raw artistry, vulnerability and songwriting prowess speak volumes. Her new single, "Seiche," comes out May 4, with a release show at Cheer Up Charlies in Austin.

Like most Chicago natives, Andy MacIntyre was steeped in the history of his hometown. The urban "electrified" blues and rock 'n roll he discovered in his parent's vinyl collection fascinated him and one of the first phrases he uttered was "go round," urging his mother to fire up the turntable. Although MacIntyre started playing music early on, picking up piano and then trumpet, he found his Zen moment at age 12 when he picked up his dad's acoustic guitar. Tackling rock guitar first, he then discovered blues guitar greats like Jimi Hendrix, Albert Collins, Muddy Waters, and SRV. Macintyre found his own unique way of melding the genres of artists he first emulated in his youth, into what he describes as "straddling the line of alternative and guitar-heavy blues-rock." Andy just released his EP, Melomania, on April 14.

Austin's new psychedelic rock star Ty Richards has been busy in between the release of his first album, Zillion, and his sophomore record Welcome to Flat Earth. From hitting number four on USA Today's top college albums to having his music featured on the hit Showtime series Shameless, he has made his way across the country and across mediums to showcase his music. Richards has quickly earned a reputation for his eclectic self-produced music videos. His animated video for the single "Going out for a Cigarette" amassed 30,000+ viewers within just a couple of days in early 2017. After a year of accolades and tour dates, Richards began recording his latest release, Welcome to Flat Earth. The album comes out April 20. Photo above: Sydney Wright, at left, Ty Richards, and Andy Macintyre in the KOOP studios in Austin, April 27, 2018. Photo by Roger Baker / Rag Radio. Rag Radio is produced in the studios of KOOP 91.7-FM, an all-volunteer, cooperatively-run, solar powered community radio station in Austin, Texas, in association with The Rag Blog and the New Journalism Project, a Texas 501(c)(3) nonprofit. It is streamed live on the Internet at KOOP.org and Radio Free America. The host and producer of Rag Radio, Thorne Dreyer, is a prominent Austin-based activist and writer who was a pioneer of the ’60s underground press movement. The show’s engineer and co-producer is Tracey Schulz and the staff photographer is Roger Baker. The syndicated show is broadcast (and streamed) live Fridays, 2-3 p.m. Central) on KOOP, and is later rebroadcast and streamed on WFTE-FM in Mt. Cobb and Scranton, PA., on Houston Pacifica's KPFT HD-3 90.1, byKKRN, 88.5-FM in Round Mountain, CA, and at WALHRadio.com in Wilmington, OH -- and as a featured podcast at Veterans Today. Learn more about Rag Radio here.